Abstract: Injector is a component with a high failure rate of a diesel engine. It analyzes the problems such as dripping oil from the injector, the inadequate seal between the needle valve and valve body, and seizure. Problems to be paid attention to during inspection, and a treatment method for worn injector parts was proposed.

The fuel injector is one of the key components of the diesel fuel system and is also a wearing part. The technical status of the injector has a direct impact on the performance of the diesel engine. Whenever the vehicle has insufficient power and abnormal smoke exhaust, the first thing that the repairman thinks of is to check the fuel injector to see if its atomization quality, fuel injection pressure, and sealing performance are satisfactory. If these three performance indicators are not satisfactory, find and troubleshoot further. 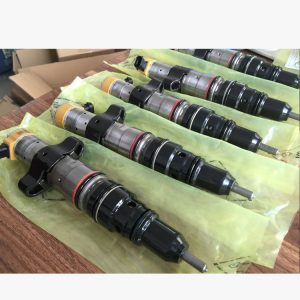 1.1 Drip oil from the injector

(2) The higher the residual pressure of the high-pressure fuel pipe (that is, the pressure when the high-pressure fuel pipe is not injecting fuel between the two injections of the injector), the more oil drips from the injector, and the main reason affecting the residual pressure is the oil valve Pieces. The oil dripping faults of the fuel injector is not all on the fuel injector but have a close relationship with the tightness of the valve assembly. Abnormal wear of the oil outlet valve will cause oil dripping from the injector.

1.2 Injector needle valve and valve body are not tightly sealed and bite

Symptoms of failure: The low-pressure oil circuit is unblocked. After the speed control handle is put to the fuel supply position, the diesel engine is turned. Individual cylinders cannot hear the sound of fuel injection from the injector. The exhaust pipe emits white smoke and is not easy to catch fire. When the diesel engine catches fire, the exhaust pipe still emits smoke, and the idling speed is not stable, accompanied by the gasping sound of “Teng, Teng”, and the knocking of the cylinder at high speeds and throttles. When the temperature of the diesel engine rises, the exhaust pipe emits black smoke, the fuel injector burns, and it catches fire. Disconnect the high-pressure tubing from the missing leg cylinder. The diesel exhaust pipe no longer smoked, and the sound of knocking cylinders disappeared. However, there is an exhaust phenomenon at the high-pressure oil pipe joint of the injector and foam is discharged.

(1) During the operation of the diesel engine, the high-pressure diesel pumped from the fuel injection pump carried some mechanical impurities, entered the fuel injector and adhered to the sealing cone of the needle valve body, causing card issuance and cushioning, resulting in contact. Not tight.

(3) Too much mechanical impurities in diesel will also cause the impurities to enter between the needle valve and the guide surface of the valve body and die. Because the needle valve of the injector and the valve body is seized, the atomization performance of the diesel becomes poor, which makes the injection time too short and extends slightly backward, resulting in a short ignition period, which makes the diesel engine rough. Therefore, the diesel engine issued ” “Teng, Teng” sound and obvious knock sound.

(4) The injector needle valve and valve body are not tightly sealed or bite in the open position, causing the high-temperature gas in the combustion chamber to enter the annular oil chamber of the injector, causing the injector to be hot. If the diesel engine is shaken in this state, the compressed air generated in the cylinder will enter the annular oil chamber and oil passage through the opened nozzles and will be discharged from the high-pressure oil pipe, thus showing the phenomenon of high-pressure oil pipe exhaust.

The inspection and adjustment of the injector assembly at some service points were too extensive. Some only check and adjust the starting fuel injection pressure, reducing some items that should not be simplified. This is not correct. We believe that the adjustment should be carried out according to the process specifications. Not only should the standard injection pressure be checked and adjusted, but also the spray cone angle and injection quality should be further checked according to the specific situation, especially for the tightness check of the injector. Get full attention.

It is worth noting: First, the injector tester must meet the technical requirements, the high-pressure oil circuit should be tight, and the tightness of the oil valve assembly itself on the tester should be good. Exclude the air in the oil circuit, block the high-pressure oil outlet joint, continue to supply oil and increase the pressure to increase the predetermined pressure to 23 to 24 MPa. When the tester pressure is reduced from 20 MPa to 18 MPa, it should last no less than 3 minutes. Secondly, check the injectors no less than twice, and take the average value. And the difference between the two adjacent durations must not be greater than 2 s for shaft pins and flat plates; for porous long types, it must not be greater than 3 s. 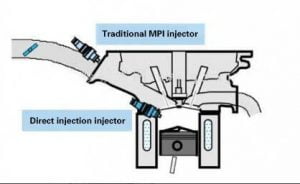 The Difference and Detection Method between the Direct Injection Injector in the Cylinder and the Ordinary Injector
Posted onApril 22, 2020
How should we choose the fuel injector and which one do you use? Let’s learn about it together. The difference between the injector of the direct-injection engine in the cylinder ...
read more 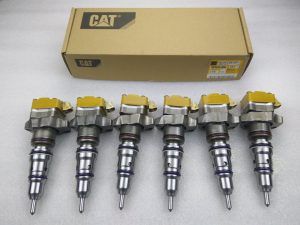 The Structure Principle of Automobile Fuel Injector, the Fault Phenomenon of Fuel Injector
Posted onApril 22, 2020
What is a car fuel injector? I believe everyone has a common question in it. The fuel injector is a very important part of the gasoline EFI device. It controls ...
read more

Inspection and Maintenance of Diesel Fuel Injector
Posted onMarch 26, 2020
The fuel injector is one of the most important devices in the fuel supply system of the diesel engine, which can spray the diesel oil into the cylinder uniformly, finely ...
read more